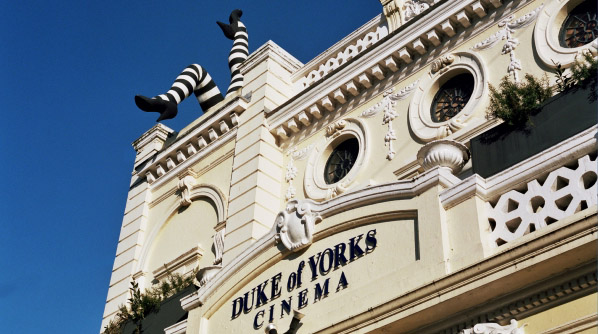 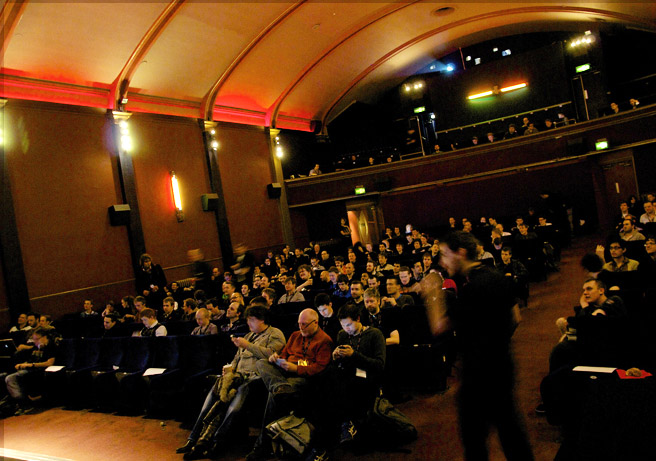 Duke of York's Picturehouse, a gorgeous venue, and "the oldest continuously operating purpose built cinema in Britain that has retained both its original name and remains largely unaltered."

Last week, I had the privilege of speaking about "Making things with Maths" at Full Frontal, a tech conference hosted in a gorgeous picturehouse in the seaside town of Brighton, UK. I was nervous as hell: I hadn't attended a tech conference in ages, let alone taken the stage, and I'd never done a talk on this subject before. I'd been planning and working for months to assemble the code just to be able to show what I saw in my head—and of course scrambled to finish the week before regardless. This talk has been the number one thing on my mind for a while.

Yet two days later, I barely remember my own part in it, and find myself mulling over everything else that was said instead. It was simply too good, too provoking, not to think about.

The lovely duo of organizers, Remy and Julie Sharp, have crafted something very special. The line up was stellar: each and every speaker challenged my preconceptions with the kind of casualness that only in-depth experience can bring.

Arguments for abandoning the purity of vanilla HTML (James Pearce) were followed by a philosophical lesson on not throwing away the baby with the bathwater (John Allsopp) and I found myself agreeing wholeheartedly with both, cognitive dissonance notwithstanding. As someone who isn't a fan of the mobile app world, I had to admit I was ignorant on the difficulties of implementing offline web apps (Andrew Betts), and blissfully unaware of the absolute zoo of devices people really do try to access the web with (Anna Debenham), webological purity be damned.

We've barely scratched the surface of what browsers can do (Paul Kinlan), we need to chase the high of writing code and actually have it Just Work (Rebecca Murphey), and above all, we need to remember where it all came from (Chris Wilson), lest we repeat the mistakes of the past. If you weren't one of the lucky people who managed to snag tickets before it sold out, take some time out of your busy day to enjoy these sessions in video once they are posted online rather than just skipping through slides.

If there's one thing that stood out though, it's how little of what I heard on and off-stage is part of the daily discourse online in the tech world, in the news or on sites like HackerNews, Twitter and Reddit. We only see caricatures of these conversations. More than ever, I'm convinced I need to filter out these echochambers from my thoughts and seek out more substance. Particularly, the Silicon Valley-centric TechCrunch-driven worship of runaway success adds nothing, and only holds us back. It makes people think they need to chase something that only ever happens by accident, and diverts attention away from rolling up your sleeves and doing what actually needs to be done. This was emphasized all the more by the fact that the venue had no wi-fi, which meant everyone had their eyes away from their screens for a change.

To seal the deal, the conference was flanked by in-depth workshops, the obvious drinks and social gatherings and even a NodeCopter hackathon, where we made quadcopters do crazy things with nothing more than JavaScript. I only wish I'd been more rested and less jetlagged so I could've spoken to more folks the past few days.

Thank you to the organizers and volunteers, to the event crew, to my fellow speakers, to the people who travelled from near and far to listen, and to whomever decided to stick those funky legs on top of the cinema. They heralded quite literally that things were about to be turned upside down, and the event certainly delivered on that. 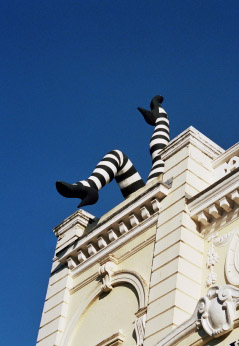 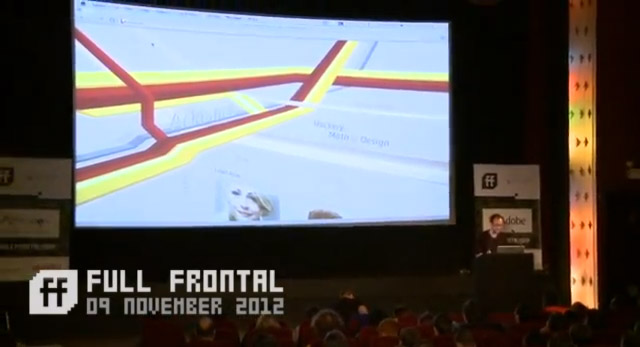 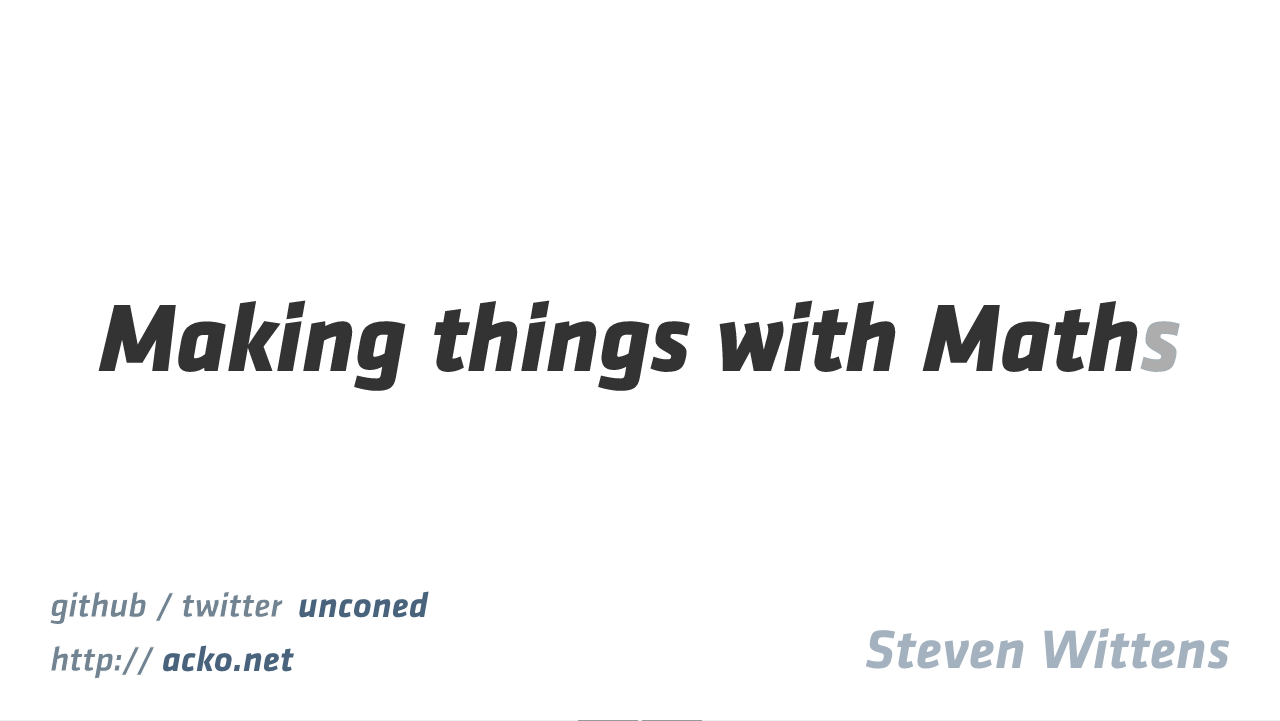 You can read more about MathBox in the follow-up blog post.

The adventurous can go see how the sausage was made and check out the code for MathBox, the library I wrote to make it happen, as well as the HTML5 slide deck.

Conference  JavaScript  UK November 11, 2012
This article contains graphics made with WebGL, which your browser does not seem to support.
Try Google Chrome or Mozilla Firefox. ×