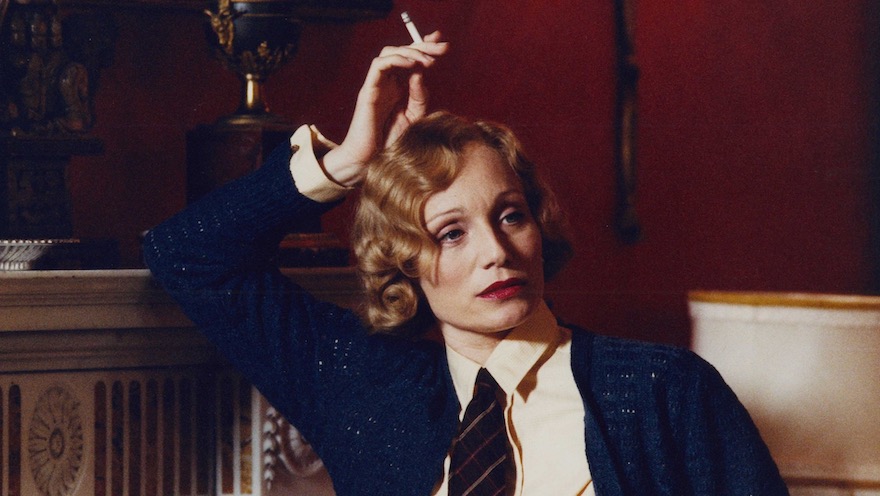 The essay "Who goes Nazi" (1941) by Dorothy Thompson is a commonly cited classic. Through a fictional dinner party, we are introduced to various characters and personalities. Thompson analyzes whether they would or wouldn't make particularly good nazis.

Supposedly it comes down to this:

"Those who haven't anything in them to tell them what they like and what they don't—whether it is breeding, or happiness, or wisdom, or a code, however old-fashioned or however modern, go Nazi."

I have no doubt she was a keen social observer, that much is clear from the text. But I can't help but notice a big blind spot here.

If you're the kind of person to read and share this essay, satisfied about what it says about you and the world... what does that imply? Maybe that you needed someone else to tell you that? That you prefer to say it in their words rather than your own? Or even that you didn't have your own convictions sorted until then?

In other words, it seems "people who share Who goes Nazi?" is also a category of people who easily go nazi. What's more, in order to become an expert on what makes a particularly good nazi at a proto-nazi party, you have to be the kind of person who attends a lot of those parties in the first place.

So instead of two spidermen pointing at each other, let's ask a simpler question: who doesn't go nazi? 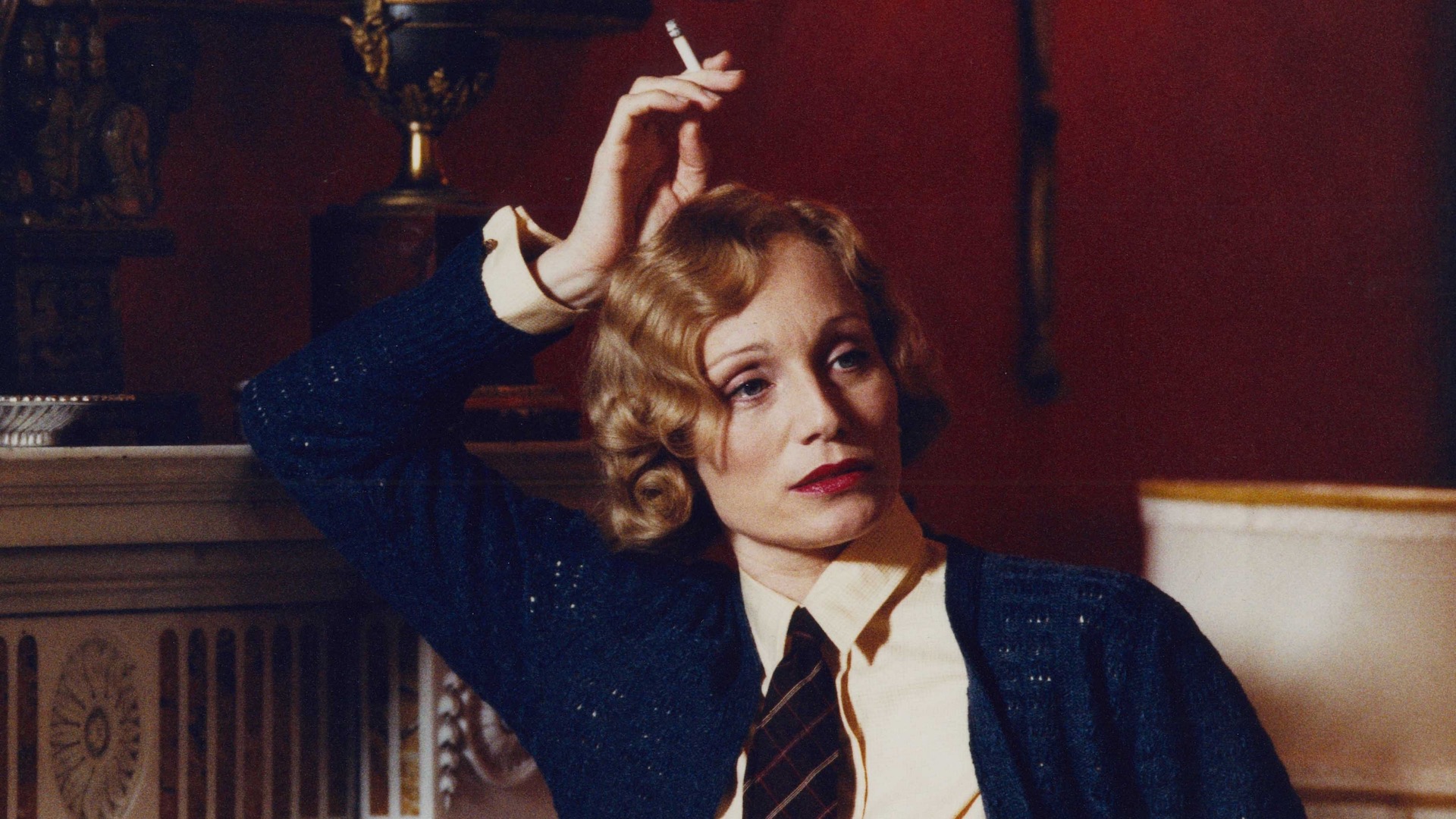 I bring this up because it's been impossible to miss lately: many people don't seem capable of recognizing totalitarianism unless it is polite enough to wear a swastika on its arm.

"Who doesn't go nazi" is anyone who is currently speaking up or protesting against lockdowns, curfews, QR-codes, mandatory vaccination, quarantine camps or similar. These are the people who, when a proto-fascist situation starts to develop, don't play along, or stand on the sidelines, but actually refuse to stay quiet. You can be pretty sure those people will not go nazi. It's everyone else you have to worry about.

I've gone to protest twice here already, and each time the crowd has been joyful, enormous and incredibly diverse. Not just left and right, white, brown and black. But upper and lower class. Christian or muslim. These were not anti-vax protests, and no wild riots either. Most people were there to oppose the QR-code, the harsh measures and the incompetent, lying politicians.

I go to represent myself, nobody else, but I've never felt any sense of embarrassment or shame to share a street with these people. On the whole they're fun, friendly and conscientious.

This opposition includes public servants like firemen, and also health care workers. Those last ones in particular have a very understandable grievance. They were heroes just a year ago, but today, they are threatened with job loss unless they get jabbed. In an already understaffed medical system, with an aged population. To make them undergo a medical procedure for which the manufacturer is not liable, and for which the governmental contracts have been kept secret.

A manufacturer paid with public money, in an industry with a proven track record of messing up human lives on enormous scales, and a history of trying to hide it.

The reason we have to go along with all this, we are told, is solidarity. The need to look out for each other. Well, I find solidarity nowhere to be seen.

Because in many countries, a minority of people is being actively excluded from society and social life. In some places even cut off from buying groceries, even going outside. There is no limit to how many times they can be harassed and fined for their non-compliance.

At the same time, tons of people, who undoubtedly see themselves as empathetic and sensitive, are going out, acting like nothing's wrong. Some are even proudly saying the government should crack down harder, and make life truly miserable for those dirty vaccine refusers, until they comply.

To these people, I offer you the true COVID challenge. The pro-social, solidary thing to do is obvious: join them. Go out without your QR code, just once, for one afternoon or evening. See what happens.

Learn how it feels to have other citizens turn you away into the winter cold. Experience the drain of going door to door, wondering if the next one will be the one to let you have a simple drink or meal in peace. Maybe bring some QR'd friends along, so you can truly get into the role of being the 5th wheel nobody wants. Force everyone to sit outside with your mere presence. Ask them to buy and order things for you, like you're a teenager again.

Because that's what you want to inflict on other people every single hour of every single day for the rest of their free lives. Simply because they do not feel confident in a new medical treatment. Because let's face it: nobody knows if it's safe long term, if it failed to do what was promised after just 6 months. Why would you still believe anyone who claims otherwise?

And why, oh why, are the pillars of society dead set on shaming and punishing all the folks who weren't gullible enough? Shouldn't they be looking inward? Have they no shame?

There was recently a remarkable court judgement in the Netherlands. Thierry Baudet, of the Dutch Forum for Democracy, was forced to delete the following 4 tweets, which were judged to be unacceptably offensive (translated from Dutch):

"Deeply touched by the newsletter by @mauricedehond this morning. He's so right: the situation now is comparable to the '30s and '40s. The unvaccinated are the new jews, and the excluders who look away are the new nazi's and NSBers. There, I said it."

"Irony supreme! Ex-concentration camp Buchenwald is appying 2G policy [proof of recovery or vaccination] for an exhibit on... excluding people. How is it POSSIBLE to still not see how history is repeating?"

"Ask yourself: is this the country you want to live in? Where children who are "unvaccinated" can't go the Santa Claus parade? And have to be towelled off outside after swimming lessons? If not: RESIST! Don't participate in this apartheid, this exclusion! #FvD"

"Dear Jewish organizations:
1) The War does not belong to you but to us all.
2) Nobody compared the "holocaust" to the #apartheidspass, it was about the '30s
3) For 50 years, the "left" has done nothing but invoke the War
4) Look around you, what is happening NOW before our eyes!"

When people get outraged over supposedly offensive speech, often the person complaining isn't actually the one being insulted. Rather, they are taking offense on behalf of another party. When words are deemed hurtful, someone has a specific type of person in mind to whom those words are hurtful.

But in this case, Jewish organizations have gotten seriously offended over things some Jews are also saying, and doing so specifically as Jews. So who are these organizations actually representing?

Based on their behavior, it's as if they think nie wieder purely means that the Jewish people should never be persecuted again, as opposed to no group of people, of whatever ethnicity or conviction. That it inherently hurts the prospects of Jews to compare their historical plight to anyone else. It would seem they are taking an ethno-nationalist stance rather than a human rights stance. It ought to be painfully embarrassing for them, and it's not surprising they lash out. That doesn't make them right.

You can observe the same dynamic going on with the public and corona. When people are derisively labelled "anti-vaxxers" and selfish "hyperindividualists", the charge is that they are hurting society by helping spread the virus to the weaker members of society. But the people making the accusations seem to feel safe and confident enough to go out themselves and go party. Even though they can spread it too, and they are the majority of the population. In some places over 90% of adults. Who is being selfish?

The "unclean" are now actually stuck at home in many places, locked out of society. How are they still supposed to be driving anything now? It's absurd.

In fact, it seems to be the politicians and their royal advisors who are the hyperindividualists, deciding policy for millions. They never got consent to do so, and there is clearly no accountability for promises made. In some cases, they were literally never even elected.

It's all entirely backwards. It's not the unvaccinated who should feel ashamed, it's anyone who didn't speak up when an actual scapegoat underclass was created. When comparisons are judged not by their accuracy and implications, but by the emotional immaturity of anyone who might be listening.

They are now stuck with faith-based scientism, where matters are settled by unquestionable virologists and the PR departments of Pfizer and Moderna. But PR can't fix disasters, it can only pretend they didn't happen.

Know that the minute the tide turns, the loudest will immediately pretend to have believed so all along, to try and save face.

So stop blaming the scapegoats. It's not only stupid, it's inhumane. People like me will be here to remind you of that for the rest of time. Better get used to it.

Culture  Latest  Solidarity December 16, 2021
This article contains graphics made with WebGL, which your browser does not seem to support.
Try Google Chrome or Mozilla Firefox. ×